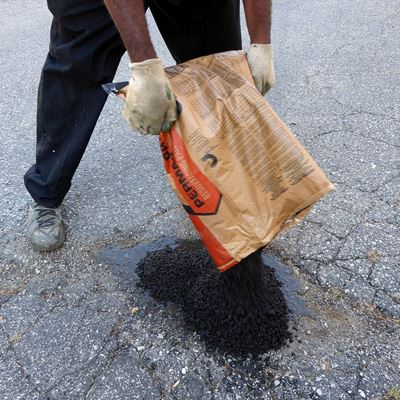 Winter weather can wreak havoc on paved surfaces like parking lots. The dramatic fluctuations in temperature between hot and cold can leave cracks and dangerous potholes in its wake. Damage caused by winter weather and snowplowing operations also can result in an increased number of downed or damaged traffic signs.

While these issues are a natural part of the weathering process, it’s important to take care of them sooner rather than later. With spring just around the corner, now is the time to tackle your parking lot maintenance to keep your facility safe, operational and looking its best. 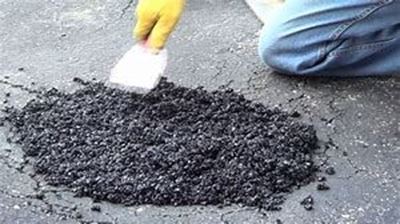 If left untreated, pavement cracks and potholes are likely to increase in size and cause additional damage. Patching should be done as soon as possible to prevent further problems and to allow roads, parking areas and driveways to be used safely.

Practically any do-it-yourselfer can repair a pothole using cold patch asphalt repair. The process is as simple as pouring the already-mixed material out of the bag and tamping it in the crack or pothole. Repairs require minimal work and are far less time-consuming and costly than hot mix asphalt patching. 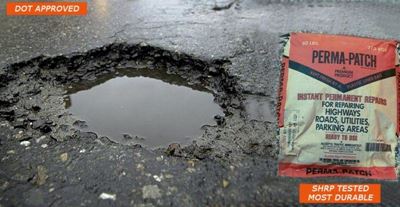 Winter does not officially arrive until December 21, but harsh weather is already wreaking havoc on paved roads and in parking lots. Cracks and potholes caused by the annual freeze-and-thaw cycle have begun to appear, and plowing and salting will worsen the condition of already deteriorated roads as the season gets into full swing.

The resulting damage is more than just an annoyance. According to the national transportation research firm TRIP, poorly maintained roads cost motorists an average of $523 each year to repair blown tires, broken axles and battered shock absorbers.